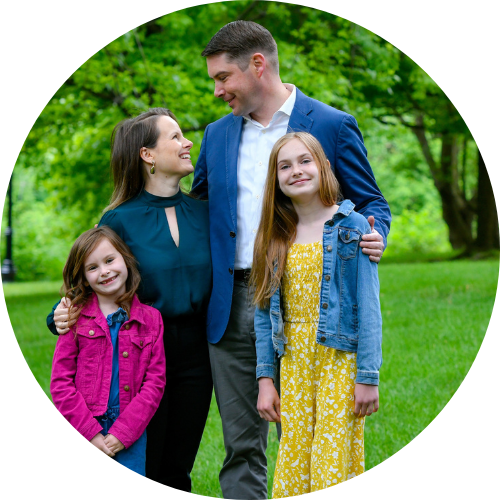 Mayor Ben Walsh is the 54th mayor of the City of Syracuse. He was elected in 2017, making him the first independent mayor of Syracuse in more than 100 years.

Walsh’s election was powered by a broad and diverse coalition that embraced his “Rise Above” philosophy based on service, collaboration and non-partisanship. In governing, Walsh has adhered to these principles engaging a wide spectrum of voices in local government; restoring effective working relationships at the local, state and federal level and generating sustained progress for the City of Syracuse.  During his first three years in office, the City has experienced reductions in vacant housing, crime and poverty and has seen an increase in high school graduation rates, household income and private sector jobs.

As Mayor, Walsh assembled what is considered the most diverse administration in Syracuse history. More than half of city departments are led by women or people of color. This includes his deputy mayor, chief operating officer, corporation counsel, police chief, fire chief, DPW commissioner, parks commissioner, city engineer, chief innovation and data officer, director of human resources, and communications director.

Vision of Growth and Opportunity for All

Upon taking office, Walsh’s administration moved quickly to implement a new vision for Syracuse: to be a growing city that embraces diversity and creates opportunity for all. The vision has guided decision-making across city government, including the creation of the Syracuse Surge, the city’s strategy for inclusive growth in the New Economy. The approach has been embraced by Onondaga County and New York State and has led to major investment and innovation in Syracuse. This includes Governor Cuomo’s commitment to build the state’s first regional Science Technology Arts and Math (STEAM) School at the former Central Tech High School. Syracuse was also named New York State’s Flagship Smart City after Walsh and the Common Council authorized the acquisition of the City’s street light network to serve as the backbone of a smart city network. The new LED smart street lights are saving the City $3.3 million annually and reducing greenhouse gas emissions by nearly 8,500 tons a year—the equivalent of taking more than 1,660 cars off the road.

Walsh’s Syracuse Surge has also engaged private sector partnership, including Le Moyne College’s Erie21 program which supports math and computation education in city schools and Syracuse University, which introduced Microsoft Corporation to the strategy resulting in the world’s largest public company committing to establish a smart cities hub in Syracuse. And within the first 16 months of Walsh’s term, JP Morgan Chase selected Syracuse as one of five U.S. cities out of more than 250 proposals to receive a $3 million Advancing Cities grant, specifically recognizing the Syracuse Surge strategy and spirit of local alignment in Syracuse.  CenterState CEO, the region’s leading business organization, has fully backed the plan’s focus on inclusive opportunity. In a further major competitive advantage for the City, the Walsh Administration negotiated with Verizon Wireless to make Syracuse one of the nation’s first citywide buildouts of 5G wireless including additional health and safety testing now being followed by other municipalities.

A central focus of Walsh’s plan to achieve the City’s vision of inclusive growth and opportunity is ensuring fiscal sustainability for city government. When he took office, the prevailing sentiment was that Syracuse was heading for insolvency. Walsh’s administration has stabilized city finances, steadily reducing budgeted deficits and protecting the city’s reserves. In collaboration with the Common Council, Walsh brought in the State’s Financial Restructuring Board to provide an objective assessment of City finances and up to $5 million in funding to implement improvements. At the start of 2020, the City was projecting it would end the fiscal year with a $1.5 million surplus. Walsh’s fiscal strategy has created new-found sustainability and independence for the City.

Working closely with the Cuomo Administration and County Executive McMahon, Mayor Walsh has helped protect the health and security of city residents during the unprecedented challenge of the COVID-19 pandemic. In the face of severe revenue loss due to the pandemic, the Mayor proactively implemented a revised city budget that achieved major spending reductions without layoffs to city workers. Walsh continues to serve on the Governor’s Regional Control Room for Central New York, consistently advocating for the interests of city residents and businesses.

When calls for police reform radiated across the nation in 2020, Walsh welcomed the movement as an opportunity to advance progress on police accountability and police-community relations in Syracuse, a priority he’d advanced since taking office.  While continuing to support and invest in the work of his police department, Walsh joined rallies in the City and participated in numerous community forums including a four-plus hour live streamed meeting with local activists and stakeholders. He issued the 16-action Syracuse Police Reform Executive Order and has delivered on each commitment in the order from introducing updated use of force and body worn camera policies, to considering community-based police response alternatives and participatory budgeting frameworks. He recently signed his second Executive Order since becoming mayor, implementing a new Surveillance Technology policy that ensures city residents have input on any such technology implemented by city government, and effectively bans facial recognition technology and predictive policing algorithms.

Since taking office, he’s focused on increasing the use of data in city decision-making and growing civic engagement, and has been recognized for bringing greater openness in local government. Fulfilling a promise to increase the accountability of city government, Mayor Walsh formed the City’s Office of Accountability, Performance, and Innovation, and implemented a comprehensive performance management program to provide online dashboards for city of Syracuse employees, as well as the general public.

Walsh has placed a high priority on quality of life in city neighborhoods, establishing a highly-effective Adopt-a-Block program within four months of taking office. After decades of inaction by past City leadership, Walsh successfully introduced the City’s first-ever municipal sidewalk snow removal program to address a longtime public safety and transportation equity concerns.  He also launched the city’s first bikeshare program and more than doubled the amount of streets paved annually.

In 2020, Mayor Walsh launched the Resurgent Neighborhood Initiative, an innovative program to engage residents in the revitalization of ten neighborhood business corridors citywide. The effort includes a bold infill housing strategy that will build 50 new single and 75 two family houses around these corridors. Walsh has also worked to create opportunity for youth by creating hundreds of additional summer jobs through a partnership with county and state government, and through his recent commitment to establish a City of Syracuse Police Athletic League youth development program.

Prior to becoming Mayor, Walsh played a lead role in some of the most transformational projects in Syracuse’s recent history. From the creation of the Greater Syracuse Land Bank to the successful redevelopment of the Hotel Syracuse, Mayor Walsh earned a reputation as a pragmatic and collaborative leader who brings the right people together to get the job done. In his six years working at City Hall in the previous administration, as the deputy commissioner of neighborhood and business development, he partnered with business owners and neighborhood residents on a daily basis.

Mayor Walsh’s commitment to public service and political independence was shaped at an early age growing up in a family full of public servants who always prioritized people over politics. Walsh and his wife, Lindsay, currently live on Syracuse’s west side and are the proud parents of two daughters who attend Syracuse city schools. He enjoys spending time with his girls, watching Syracuse University sports, and exploring urban and rural landscapes alike.

Walsh’s independent status has allowed him to employ a simple litmus test to all decisions and actions as Mayor: is it good for the people of the City of Syracuse? Early in 2020, Walsh announced his commitment to running for a second term as mayor. Being mayor, he said, is the only job he wants, and he committed to continuing working every day to keep Syracuse rising.

Ben's campaign would not have been a success without the committed support of volunteers and donors from all areas of our great city. If you're interested in helping support future campaigns through a donation, click the button below to get started. Our team prides itself on having secured donations big and small, and any support you can pledge will help.

Looking to contact the mayor on an important issue?
Please visit the City of Syracuse's official contact us web page below.