We will celebrate Syracuse and each other on January 25th for a fundraiser.
To buy tickets, donate, or learn more, please click here. 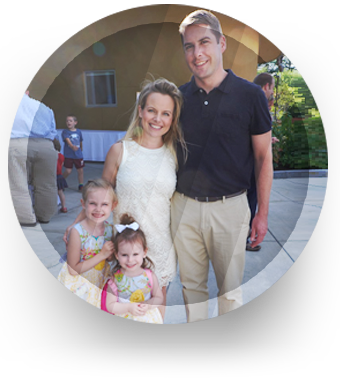 Ben Walsh is the 54th Mayor of the City of Syracuse. In the fall of 2017, he launched an inclusive, non-partisan campaign built on bringing our city together, not letting partisan or personal politics drive our citizens apart. Members of our community gathers from different parties and neighborhoods across the city to help Syracuse #RiseAbove.

With over 16 years of experience working in the public, private and non-profit sectors, Ben continues to play a lead role in some of the most transformational projects in Syracuse's recent history. From the creation of the Greater Syracuse Land Bank to the successful redevelopment of the Hotel Syracuse, Ben has earned a reputation as a pragmatic, collaborative leader who brings the right people together to get the job done.

Ben's approach to leadership and public service was shaped at an early age growing up on Syracuse's west side in a family of proud public servants. His own call to public service first came into focus during his time at the renowned Maxwell School at Syracuse University, where he earned his master's degree in public administration (MPA).

From Maxwell, he went to work for the Metropolitan Development Association (MDA) where his efforts to develop and implement innovative job creation and urban revitalization strategies served as a foundation for much of the success he achieved during his six years ans the City of Syracuse's deputy commissioner of neighborhood and business development.

It was his time working at City Hall, where he interacted with business owners and neighborhood residents on a daily basis, that really opened his eye to not only how the goverment can help improve people's lives, but also how it can negatively impact the people it is intended to serve when left unchecked.

That perspective has only been enhanced by his most recent experience working in the private sector for Mackenzie Hughes, LLP, where he helped small business owners navigate the municipal approval process and associated red tape that hinders further investment in our community.

Ben has helped our community in a variety of ways prior to being elected Mayor - as the president of the Board of Trustees at The Gifford Foundation and also serves on the Board of Directors at the Downtown Committee of Syracuse, Inc., Good Life Philanthropic Youth Foundation, and the Landmark Theatre. In 2009 he was named one of Syracuse’s 40 Under FORTY winners, an award recognizing Central New York professionals and leaders under the age of 40 who exemplify leadership in the community.

Ben currently resides on the city’s west side with his wife, Lindsay, and their two daughters. In his spare time Ben enjoys spending time with his girls, watching Syracuse University sports, and exploring urban and rural landscapes alike. He continues to help shape the city's future every day by working with every citizen to help Syracuse #RiseAbove.

Ben's campaign would not have been a success without the committed support of volunteers and donors from all areas of our great city. If you're interested in helping support future campaigns through a donation, click the button below to get started. Our team prides itself on having secured donations big and small, and any support you can pledge will help.

Looking to contact the mayor on an important issue?
Please visit the City of Syracuse's official contact us web page below.